by Shamans Of Sound 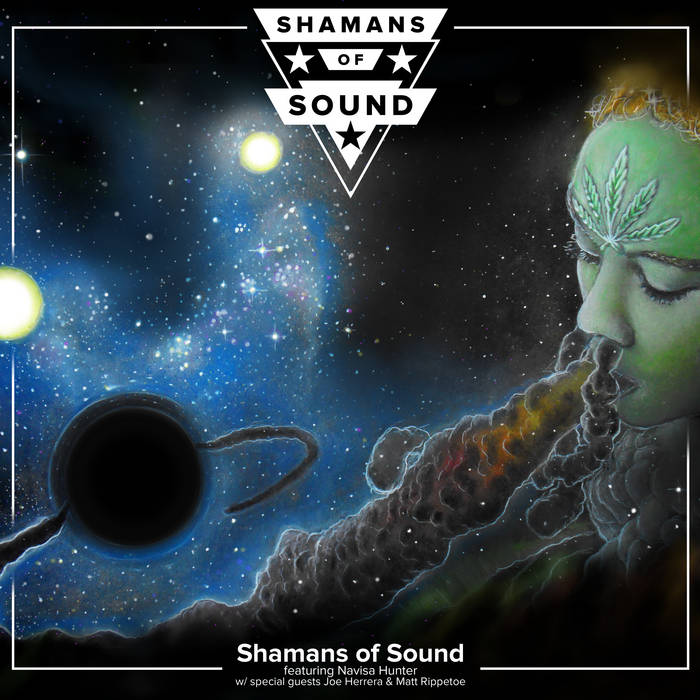 
The Shamans of Sound is a new project, but the band members are all veterans of the Washington, D.C. scene, hailing from bands like Nappy Riddem, Incwell, Dub City Renegades, Awthentik, Feel Free and Tropik Sol. A few band members have deep local roots, while others grew up in far flung places like Germany, Philippines, Italy and Russia. Their diversity is their strength as they bring a variety of experiences and influences to the table, ranging from reggae and dub to hip-hop, r&b and dancehall. Its their shared love of reggae which brings everyone together with the goal of making the world a better place with conscious, uplifting music.

The Shamans of Sound self-titled debut single is coming out just in time for Summer, and these are the vibes you want wafting through the air as you chill in your hammock. On Shamans of Sound the group brings in longtime collaborator and good friend Navisa Hunter on vocals, whose lyrical prowess is equally matched by smooth delivery. From the beginning its the trumpet of Joe Herrera and saxophone Matt Rippetoe of Thievery Corporation and Horns 2 Order which really set the mood, as the horns float in and out, over and under all of the dub effects. Solid keyboards and dubby percussion give the track an 'East of the River Nile' feel as Navisa reminds you to “I & I unify, open up the Third Eye”, its time for Word, Sound, Power with the Shamans of Sound. The group has set the bar high on their debut recording, so sit back and relax and let the Shamans of Sound take you on a musical journey.

Not just another reggae band, the best way to experience the Shamans of Sound is live in concert, which is always exciting as the group is not afraid to experiment and incorporate new elements into their sound. This is just the opening salvo from The Shamans of Sound, they have surprises and songs in store coming soon. As Navisa puts its best herself, “Our music is like life, with its different facets, hitting you with lyrics that are conscious, that are tragic, but also full of joy and humor.” The Shamans of Sound have arrived and they are ready to stimulate the mind, soothe the soul and relax the body….